Waikiki is one of those sunny meccas that people dream of when they think of a tropical vacation. It has picture-perfect seaside location. Waikiki fronts a glimmering white-sand beach that’s lined with high-rise hotels and set against the backdrop of scenic Diamond Head.

The site attracts thousands of visitors annually and serves as an important traditional locale for official tributes and ceremonies. The statue is regularly adorned with honorary leis (YouTube video below), and it remains the most popular public artwork in Hawaii. K. M. Williamson, Ph.D.2017

“Surfer on a Wave” Statue

it’s one of the island’s top winter bodysurfing spots, with high waves

Kualoa Ranch Private Nature Reserve is owned and managed by the eighth generation descendants of Dr. Gerritt P. Judd. Kualoa’s mission is to enrich people’s lives by preserving Kualoa’s sacred lands and celebrating its history. Established in 1850, Kualoa’s company vision is to be a role model as stewards of these amazing 4000 acres named Kualoa, Hakipu’u and Ka’a’awa.  Our goal is to protect and enhance the natural beauty of these lands while developing sustainable recreational, agricultural and aquacultural enterprises that are compatible with the environment.

Part of the scenic ranch property was used as backdrop for the movies Jurassic Park and George Of the Jungle.

The Byodo-In Temple is a non-denominational Buddhist temple located on the island of Oʻahu in Hawaiʻi in Valley of the Temples Memorial Park. It was dedicated in August 1968 to commemorate the 100th anniversary of the first Japanese immigrants to Hawaiʻi. Wikipedia

Iconic Hawaii surf artist whose inspiration comes from the preservation of nature & the surfing lifestyle. One of Hawaii’s most award-winning artists, Heather’s art can be seen in galleries around the world. Learn more about Heather and how she hopes her art will inspire you to “Live Aloha” daily.

Hawai’i is a microcosm of a continent, with astounding diversity in geography and climate. The landscape changes from seemingly lifeless lava desert to dense ohia rain forest, from rolling pastureland to subarctic mountain peaks.

No one should miss a visit to the Big Island’s most impressive “drive-up” waterfall. Along a half-mile rain-forest loop, an unevenly paved trail passes through dense and varied foliage, including massive philodendrons, fragrant ginger, dangling heliconia, orchids and gigantic bamboo groves.

The 100ft Kahina falls is a bit wimpy when compared to its neighbour. Up ahead Akaka Falls drops a sheer 420ft down a fern-draped cliff.

Lava Tree State Monument is a public park located 2.7 miles southeast of Pāhoa in the Puna District on the island of Hawaii. It preserves lava molds of the tree trunks that were formed when a lava flow swept through a forested area in 1790. Wikipedia

They are a locals’ secret and reaching them is tricky. Spend a lazy afternoon exploring the sprawling network of tide pools formed in Kapono’s lava-rock coastline. Some pools are deep enough for snorkelling with coral gardens, Moorish idols, butterfly fish, sea urchins and cucumbers.

Coup de coeur – We recommend you this unforgettable place

At its heart are the Kīlauea and Mauna Loa active volcanoes. The Crater Rim Drive passes steam vents and the Jaggar Museum, which features volcanology exhibits and a viewpoint overlooking Halema’uma’u Crater. Thick ferns mark the entrance to the Thurston Lava Tube (Nāhuku). The Chain of Craters Road weaves over lava. Trails crisscross the park. ― Google

Halemaʻumaʻu Crater: is a pit crater within the much larger Kīlauea Caldera in Hawaii Volcanoes National Park

At first glance, Kailua-Kona might seem a kitschy tropical town, with colorful shopping bazaars, sunburnt tourists and a nonstop swath of beachfront hotels. its tropical heat and central location, on the Kona coast, attract hundreds of thousands visitors annually.

This park covers 1160 acres of fishponds, ancient hieau and house sites, burial caves, petroglyphs and the entire oceanfront between Kaloko and Honokohau Harbour.

The most visible reptile is the green sea turtle which can be seen swimming offshore feeding on seaweed or basking on the rocks or sand.

Coup de coeur – We recommend you this nostalgic bar/restaurant if you want a taste of your favorite movies: bubbagump.com

It’s inevitable that one island was going to make the claim, but Maui no ka ‘oi is virtually a mantra here. The beaches are magnificent and stretch for miles, and the island boast top-notch conditions for an ocean of water sports, including world-class windsurfing and whale watching.

you can hike the crunchy lunarlike surface of the world’s largest dormant volcano or explore the salt-sprayed whaling town of Lahaina.

Whatever brings you here, you won’t run out of things to do.

Small and peacefull village with old wooden storefronts that once housed saloons, dance halls and brothels are now crammed with art galleries, restaurant and souvenir shops.

The Pu’u’ula’ula Overlook, is the Maui’s highest point. Congratulations! The 37 mile drive from sea level to the summit of Haleakala you’ve just completed is the highest elevation gain in the shortest distance anywhere in the world.

Sunrise at Haleakala is an unforgettable experience. As you drive up the mountain in the dark, the only sights are twinkling town lights, a sky full of stars.

About an hour before sunrise, the night sky begins to lighten and turn purple-blue, and the stars fade away. Ethereal silhouettes of the mountain ridges appear. About 20 minutes before sunrise, the light intensifies on the horizon in bright oranges and reds, much like a sunset.

For the grand finale, the moment when the disk of the sun appears, all of Haleakala takes on a fiery glow. it feels like you’re watching the earth awaken.

Paradise awaits you at Grand Wailea Maui. Take your last days to rest and swim but reaching this last place, don’t miss the spectacularly colored tree is called Eucalyptus deglupta, and also known as the Mindanao Gum or the Rainbow Gum tree. The multi-colored streaks on its trunk comes from patches of outer bark that are shed annually at different times, showing the bright-green inner bark. 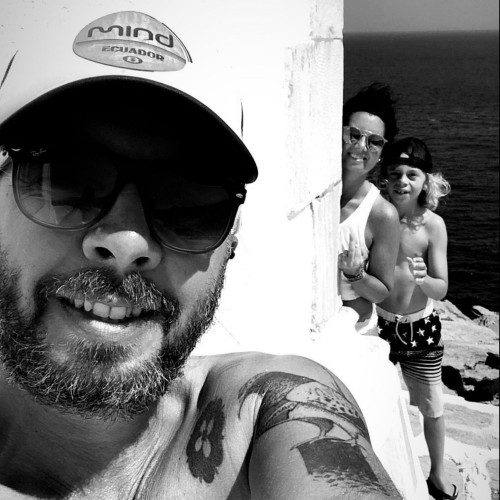